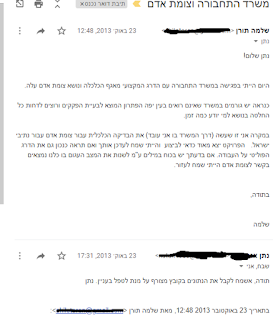 Posted by shilotoren at 02:20 No comments:

This the Season to be Jolly, BDS is just a Folly 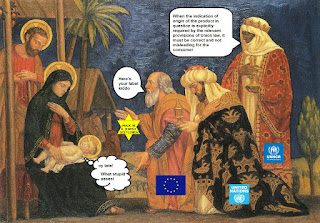 Posted by shilotoren at 08:30 No comments:

Judy Nir Mozes Shalom's tweet wasn't new. Many found it offensive, although it is debatable why.  President Obama is many things and one of them is that he will be the target of jokes like all presidents before him. But rather than get into a deep discussion I'd prefer to offer alternatives to what I hope could be a trending hashtag: #ObamaCoffee.
#ObamaCoffee:  Weak and Ersatz
#ObamaCoffee:  Reminds me of chickens---- , oops, I meant Bibi
#ObamaCoffee: JNMS: You are like the kettle calling the POTUS weak
#ObamaCoffee: Kaluha and Vodka makes a drink that isn't politically correct.  #ObamaCoffee and #PutinVodka doesn't mix well (the #PutinVodka overpowers everything else)
#ObamaCoffee: Put that in your mug and drink it #ObamaCoffee: You think Twitter is revealing, try JNMS's Reddit account
#ObamaCoffee: Presently not available in Jerusalem, Israel
#ObamaCoffee: After six years as POTUS, #ObamaCoffee seems a bit bitter and stale
#ObamaCoffee:  One cup and you will stay up all night worrying about a nuclear Iran.
#ObamaCoffee: We salute (with) it #ObamaCoffee: The Iranian Blend is 30% enriched
#ObamaCoffee: Just don't ask Obama to serve you some (remember, he is wearing the tuxedo because he is the POTUS, not the waiter) #ObamaCoffee:  Don't blame Bill Clinton. He said it before he had his morning coffee (  "A few years ago, this guy would have been getting us coffee,")
All this is in the spirit of humor and nothing else.
Posted by shilotoren at 02:34 No comments:

Grey low clouds filled the sky and the valley below Shilo looked damp and dark.  I was waiting  to catch a ride to Tel Aviv at the gate of my yishuv (or settlement).  Both were unusual as  my office was in Jerusalem and it was the end of Elul, only a couple days before Rosh HaShana (the New Year).  Each year we start to pray for the rains only after Simchat Torah and here it seemed as it could rain any moment.  It was a bit before  7:00  when Moshe drove up to the gate.

Moshe, a teacher in a Tel Aviv was a  “good “   ride.   His school  was close to the Central Bus Station in Tel Aviv and from there I could catch another bus to my final destination in Azor.  If  I was lucky I could be in the office there already by 09:00.  I got  in the car and off we went.

Before we had made it to the main road the 7:00 morning news started on the radio. Moshe turned up the volume and we heard the main story:  another protest letter against  the  “occupation” , this time authored by pilots who said that they would  refuse to conduct sorties over Gaza as to do so would make them accessories to oppression and killing. Remembering that Moshe’s son was in Gaza serving as a staff sergeant in the anti terror squad in the Givati Brigade,  I asked what he thought of the newest protest.

“They are all confused” he said,  “they haven’t the slightest sense of right or wrong”.  “ My son and his friends go all the time into the warrens and alleys of Gaza searching for terrorists for fun?  For those pilots there is no risk, from a thousand meters they can just  fire a missile or drop a bomb and that will be the end of the terrorist. Instead the army sends Givati to catch them so the ‘poor’ guys can get free meals in a jail.  My son was on such a mission last night”.

Surprised, because I hadn’t heard of anything like that in the news, I asked him how he knew.  “Avihu called me last night.  He always tries to call me before going off on a mission and he should be calling soon now that it is probably over. I’ll call him now and see if he is back yet”.

The rest of the trip is now a fog to me.  Moshe called his son several times and got no answer. Moshe called his wife to see if she had talked to Avihu and finally she called back. “Come home Moshe, Avihu has been injured and a representative of the army is coming to Shilo”.   We tried reassuring each that Avihu would be eventually fine, more with hope than with conviction (on my part).  SInce Moshe wasn’t going into Tel Aviv he very kindly offered to let me off near Rosh Haayin so I could continue by bus.

Standing at the bus stop, I saw Moshe making his way back east towards Shilo. Just as he was leaving it started to rain large  cold raindrops.

Avihu died a hero. It has been 10 years now. The whole story , to be short, is that, unknown to the force, there were two entrances to the house and when the force got to the second door, one of the terrorists was waiting, and Avihu , who was leading the force was hit and killed instantly while another six soldiers were injured, one seriously.  Mortars and Qassem rockets were also found, which undoubtedly would have been fired at Israeli citizens if not captured.

Perhaps Y, the pilot from pilot’s letter, published the same day that Avihu was killed, had good intentions. After all, killing terrorists from the air was and still is a daunting task that is liable to kill surrounding “non-combatants” or “innocent bystanders” (many family members of the “target”).  Still, Y had no moral right to prefer the lives of enemy civilians, as innocent as they may have been,  to his fellow soldiers.  The lack of danger that Y felt from 1000 meters caused Y to prefer his own “comfort” (yes, moral comfort) to the lives of other soldiers facing death face to face.  By doing so, Y, “forgot” the great responsibility that all soldiers share to each other.


Alan Elsner, in his op-ed (“What Should Rabbis Be Saying About Israel This Rosh Hashana?”)

believes that rabbis should be talking about the recent “peace talks”. I would propose that if the issue of Israel should rise, that first of all it should be in the context of how all Jews have a shared responsibility to each other’s safety. Just as a pilot, from on high, can not put himself in his own “bubble”  and tell the infantry soldier below him how to handle the terrorist on the ground, there is also a danger for American Jews to tell Israelis from thousands of miles away how to handle the talks with Abu Mazen and what “sacrifices” can be made.   Advice and support yes, pressure for withdrawals and evacuations definitely not.  US Jews are too far away and won’t being “paying the price” in any event.

Posted by shilotoren at 08:14 No comments:

The train that is coming 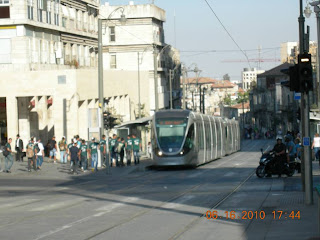 I know I am running late. I really have to catch that train if I want to get there on time. Luckily for me the train won't be leaving the station till this August. That is if there are no more delays. The train: the Jerusalem Light Rail.

People who know of my former involvement in planning the Jerusalem Light Rail Train (JLRT) ask all sorts of questions beyond the usual "when is it going to open?". Some wonder why Jerusalem isn't getting a subway and others why a bus system wasn't sufficient. Many are curious if the already annoying street congestion in Jerusalem is going to finally get better or will it degrade even further. Mostly I can supply passable answers, although sometimes I am not entirely certain. Training and experience help.

For some time I have been mulling over whether I should voice my opinions, backing them up with what I have learned. In addition I would like to explore, along with those who are interested different issues in transportation, technologies and how modelers deal with them when preparing forecasts.

All this might seem a bit technical at times, which for those disinclined, can be skipped, although, in my opinion, try to stay on board and I will try to make the ride as smooth as possible. Far from being esoteric, the modeling part of transportation planning is a fairly useful tool in evaluating how policy could be made as opposed to how it usually is.

And to those who stay. I thank you in advance
Posted by shilotoren at 03:01 No comments: